I am a privately vowed man who follows the spirituality of Blessed Charles de Foucauld. I live on my own, in the world, in Biloxi, MS. My goal with this site is to provide resources and reflections for others.
God bless you, Matthew Manint

I have moved the active Coast Caritas site to http://www.coastcaritas.org. Please go there for the latest information. 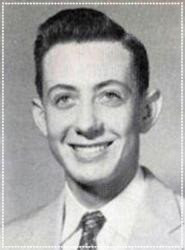 Today, October 21, 2016, is the 50th Anniversary of the death of Maj. David Earll – please take a moment to pray for him, his family, and all those who bear the burdens of combat.

Recently, I read that the National League of POW/MIA families received a batch of original POW/MIA bracelets. I requested one, and they were kind enough to send a bracelet for a fellow US Air Force aircrew member, Maj. David Earll. Today marks the 50th anniversary that his F-105 “Thud” was destroyed by a surface-to-air missile over North Vietnam. Remarkably, Air and Space magazine recently interviewed the missile operator who shot down Maj. Earll (link below.)

Since receiving his bracelet, I’ve felt a special kinship with Maj. Earll, and promised him I’d try to make his story more well known. Please join me in praying for the repose of his soul.

Thank you, and God love you. – Matthew Manint 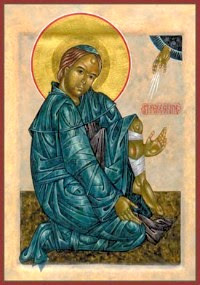 I just received news that my Uncle Jerry’s PET Scan from yesterday showed that the tumor’s size has decreased by 44%, and has not spread outside of his pancreas. Thank you so much for your prayers, and please continue to pray for him and all his family! 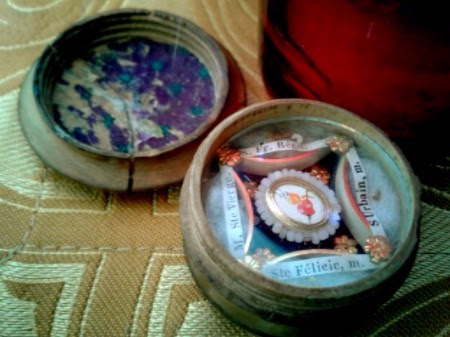 Also, this summer I finally completed the graduate spiritual theology program at the Avila Institute, and have taken a mental break the past 2 months. This week I will begin preliminary research for my next book about the female martyrs named in the Roman Canon at Mass. It will be titled, With Glory and Honor You Crowned Them, which is a verse from Psalm 8.

Saints of God, pray for us!

My uncle Jerry has been battling myasthenia gravis for quite a while, and is now having to undergo surgery for pancreatic cancer. His surgery will take place on Friday, June 10. He is not only an outstanding uncle, wonderful human being, and Vietnam veteran, but he’s my godfather. He and his family are at peace, for they know that every cross, every challenge exists so that we might imitate Christ in his suffering, and join our suffering to the Cross for the salvation of souls (Col 1:24).

We will be praying a novena to St. Peregrine, patron saint of cancer patients, beginning Thursday, June 9. If you can, we would all greatly appreciate your praying with us. St. Peregrine, though long deceased in the flesh, is living within the body of Christ and is ready and able to pray for all of us, just as we among the living can pray for each other. I’m attaching the PDF with the novena text at this link: Novena to St. Peregrine. God love and protect you always.

After many months of prayer, I have decided to write another book. My topic will be the 7 female martyrs that are listed in the ancient Roman Canon (“Eucharistic Prayer 1”). After dedicating my pilgrimage last year to St. Cecilia, the 7 martyrs keep coming to mind as a great book topic. They are:
St. Agnes
St. Cecilia
St. Lucy
Sts. Perpetua and Felicity
St. Anastasia
St. Agatha

I‘m envisioning it as a longer work in progress, as I‘d ideally like to visit the locations of their martyrdom and/or extant relics. It will encompass history, spiritual meditations, and photographs. Alas, some areas (such as the ruins of Carthage in Tunisia, site of Perpetua and Felicity’s martyrdom) may not be possible.

Here is where I need your help. I‘m looking for a good title for the book, preferably from Scripture, that encompasses the theme of these female martyrs. Also, if you would trust me, I would be overjoyed to borrow any first-class relics you might have of these saints while I write. I would keep them safe and pay all postage fees. Most of all, please pray for this project that will begin after I finish my graduate certificate with the Avila Institute this summer.

God love you and bless you,
Matthew Manint

“But he passed through the midst of them, and so went on his way.”

The Procession to Calvary, Peter Bruegel the Elder – 1564
(high resolution image at https://upload.wikimedia.org)

The gospel passage above from St. Luke occurs at the end of Jesus’s confrontation in the synagogue of Nazareth, where he had stated that no prophet is welcome in his hometown. The people in the synagogue had sought to hurl him off of the hill, but he “passed through the midst of them, and so went on his way.”

In the above painting by Peter Bruegel the Elder, we see a mass of people and activity. Animals are running freely, people are chatting and carrying possessions on their heads or backs, children seem to be playing. There is an atmosphere of festival, but a closer look reveals dark undertones. Crows are in the sky and darkness hangs in the distance to the right. Wheels in the air carry the remains of prior executions. A skull in the lower right is near three people who do not share in the festive mood. A closer look near the middle of the painting shows its theme – Christ is carrying his cross to Calvary.

Brueghel’s genius was to set the crucifixion in his contemporary time. Public executions were more like carnivals than scenes of horror, and large crowds came to watch. For many, the execution of the criminal was more an excuse to enjoy themselves than to be an object lesson for society. By setting God carrying his cross in a place of insignificance, setting his ashen mother off to the side, setting the redemptive location of Golgotha in the far, obscured distance, perhaps Brueghel is saying something about our own reaction to Christ.

Because God’s works are efficacious for all time and exist outside of time in eternity, the liturgical time of Holy Week is not just a remembrance or commemoration of events that happened in the dusty past. Through faith, we enter in to the events themselves – that is why the Mass actually brings us to Jesus’s sacrifice on Calvary, not as if he were sacrificed again and again, but so that we might enter into that event that rings forth for all time.

I beg you, do not think I write these things from some position of superiority. I look within myself, and I see indifference. I get caught up in my own concerns and business, not noticing that Jesus passes through the midst of them. Jesus passes through the midst of my joys and my sufferings, and I barely look up to see that bloodied man carrying a cross off in the distance. Though I am indifferent, he still “goes on his way” to the cross for me, for he loves me. Each Lent is a time to identify and seek to root out those places within our hearts that keep us indifferent to our salvation so that we might, once again, witness the events of Holy Week in a new way. But this is not something that we can achieve on our own. We must recognize the indifference, but God must heal it. I pray that we all might be fearless enough to surrender to God’s desire to heal any indifference we might have to what he is about to do, so that this Easter we are truly witnessing his victory over death in a new, vivid way.

A very Holy Week and Triumphant Easter to you and yours!

Matthew Kelly and Dynamic Catholic do an outstanding job – I’m using their Confirmation program, Decision Point, with my 11th-grade Confirmation class this year. Sign up today!

Coast Caritas
Create a free website or blog at WordPress.com.